XTRATUF® Ankle Deck Boots Are The Hot Item For Waterfowling 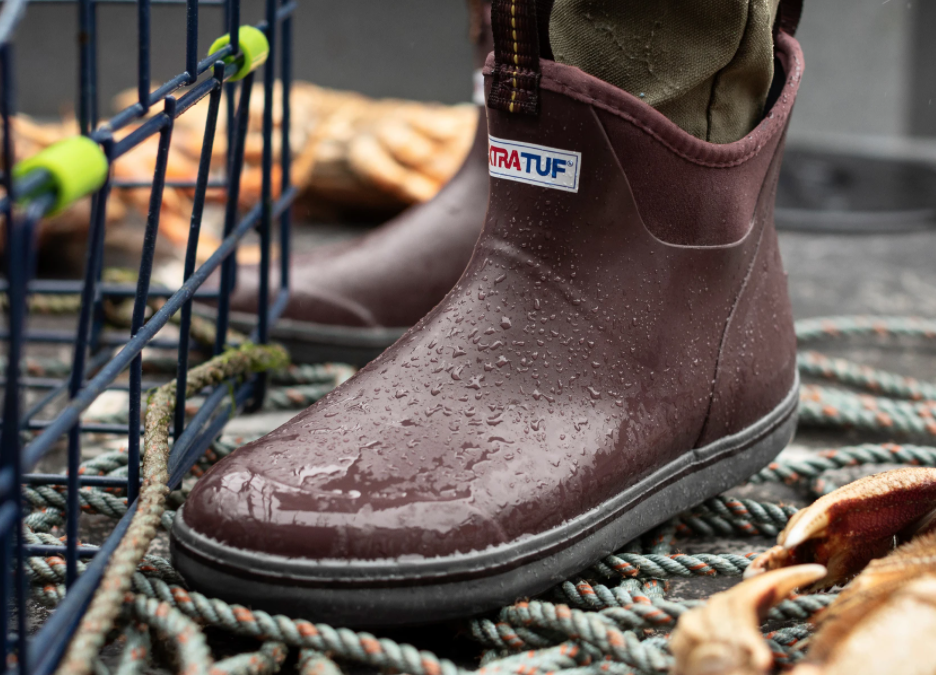 XTRATUF has been making industrial quality boots for commercial fishing crews and other maritime jobs for over 60 years, and today offers several lines of footwear for outdoor sporting as well.  One line that has recently made a name for itself is the 6” Ankle Deck Boot, available in men’s and women’s.

Originally designed as deck boots for boating, they are also good for waterfowling and a wide range of other activities where you want some waterproofing and traction but don’t want to wear (or invest in) a full-size fisherman’s boot. As long as you’re in Southern Louisiana you’ll want to prepare for the wet.

The Ankle Deck Boot gets high marks for traction, with the same slip-resistant chevron outsoles they use on their commercial-grade boots, and its flat sole puts the maximum amount of surface area on the ground at a time. Just note that without a raised heel, its tread profile is shallower than a hiking boot’s, so this isn’t what you would wear to hike a mountain. Another advantage some users have found is that the flat sole is less likely to get pebbles stuck in it.

The main component of the uppers is hand-laid rubber. Hand-laying rubber means that the rubber is cut to a pattern with hand-held tools rather than by machine. Machines enter into the process later when the components get put together, but the cutting is done by hand. In the industry today it is more common for machines to do most of the process and then have a worker box up the final product at the end.

The insert is made of neoprene, a long-lasting synthetic rubber whose other uses include electrical insulation and vehicular fan belts. There is also a leather version of this same boot, which is also waterproof.

These boots feature Xpresscool™, Honeywell’s antimicrobial moisture wicking system, which pulls moisture away from your feet and disperses it for evaporation. Combined with the lightweight, it will feel almost like you’re wearing sneakers!

The shorter shaft also means easier freedom of movement for the calf and ankle than you would have in a calf-height rubber boot. You might want those if you work on a professional salmon-fishing boat, but they’re probably more trouble than you want for Spring-to-Fall outdoor sports.

XTRATUF’s ankle boots come in a variety of colors, and most look like sneakers when worn with long pants, “casual yet still performance-oriented.” You can wear these on the boat or out shooting and not look out of place going to the grocery store later.

The front and back loops make putting it on pretty easy, and the heel has a thick rubber tab to help you kick them off with your feet.

All around, what has really made this boot so popular since its release a couple of years ago is its ease and versatility. No worries, no-nonsense, they go on and off without problems, and they look normal anywhere.

XTRATUF’s Ankle Deck Boot is currently our most popular line of boots here at Lake Charles Tackle. For questions about size and availability call us at 337-479-2999, or stop by our shop in Lake Charles, on Common St. between Dolby and Oakwood.